Ten years after celebrating Bob Dylan’s 60th birthday by jamming with a few friends in a tiny Lower East side bar, The Best Fests—Dylan Fest, Petty Fest and Stones Fest—has become a New York tradition with sold-out celebrations at Bowery Ballroom, Music Hall of Williamsburg, Webster Hall and Irving Plaza. The New York Times described The Fest as “one the most jubilant events of the year,” and Rolling Stone touted it as “an experience that is equal parts concert and celebration.”

Alex Levy is a fifteen-year music industry veteran. He has served as V.P. of Promotion for Epic Records and, subsequently, as Artist Relations Director for Rolling Stone magazine. He lives in the heart of New York’s East Village.
​
Austin Scaggs is a Contributing Editor at Rolling Stone magazine, where he has served as a writer for fourteen years. He travels the world to cover rock & roll, and has written more than a dozen cover stories on artists including Madonna, Justin Timberlake, Kanye West, Jay-Z, Coldplay and Kings of Leon.

Filling in on drums for The Strokes on their first ever European Tour after band member Fabrizio Moretti broke his hand, Matt Romano has remained a key member of The Strokes team and family. He co-produced two albums and toured the world playing drums with The Albert Hammond Jr. Band and Little Joy. He is a partner and founder of the legendary East Village Rock & Roll bar The Cabin Down Below.

We are so grateful to all of our participating venues, please click here to see how your venue can participate in our program.

Nights for Sweet Relief is a $.50 cent per-ticket add-on program to raise money for musicians, crews, venue workers and their families, who are struggling to pay their expenses due to injury, illness or disability.  The contribution from the ticket buyer is nearly beneath notice, but its impact is quite large. Every ticket purchased ensures that their favorite artists will be able access help when needed, and will be able to continue to create and perform music.
​
Thanks to the participation of these venues, Sweet Relief is able to provide financial assistance to a much broader scope of career musicians, crews, venue workers and their families in need.
Sweetwater Music Hall 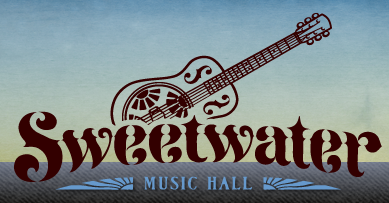