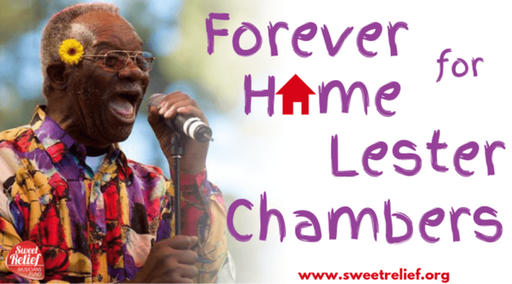 ​Lester Chambers of The Chambers Brothers has such an incredible story, and we at Sweet Relief are proud to have a small part. As you may know, we have been working with Lester for some time now, helping support him with his medical and housing needs. And now, Lester is looking to make the move to a home of his own!

The Chambers Brothers released seventeen full-length studio albums, had numerous chart-topping hits and toured the world only to have their finances ruined by both bad management and dubious contracts. Creating music for over fifty years, Lester’s first royalty check came in 1994 and to this day he still has not been paid for several of The Chambers Brothers studio albums, none of the over 100 compilation albums the band is on, nor for numerous commercials/movies. These setbacks could have been overwhelming on their own, but Lester has also courageously battled and beaten cancer three times in his 78 years. He is grateful to still be able to do what he loves which is producing new music, singing, playing harmonica and sharing his amazing stories with family, friends and audiences!

Five years ago Lester was working on a major comeback. He had released a new studio album with the help of Alexis Ohanian, the co-founder of Reddit, and The Fuse Network began filming Lester for his career resurgence. (see video below) During a performance at the Hayward Blues Festival on the evening of the Trayvon Martin shooting verdict, Lester asked the audience to pray for peace and positivity during the song “People Get Ready.” He was then viciously attacked by an audience member who jumped on stage. The assault caused broken ribs, a dislocated hip, numerous contusions and PTSD. This senseless attack would forever change him mentally and physically.
​
In an attempt to recoup medical expenses and costs of lost performances, Lester pursued litigation. An out-of-court settlement was accepted after five long, stressful years, which held the security company responsible and not the city of Hayward. At the age of 78, Lester wants to use the very small settlement for home ownership. His son Dylan and Dylan’s partner Hayley will continue to assist Lester with tasks like driving, cooking, and cleaning, and with your help we can raise money for a down payment on a forever home for Lester!
Donate Now
You can now get Lester Chambers Shirts from the Sweet Relief Merch store! 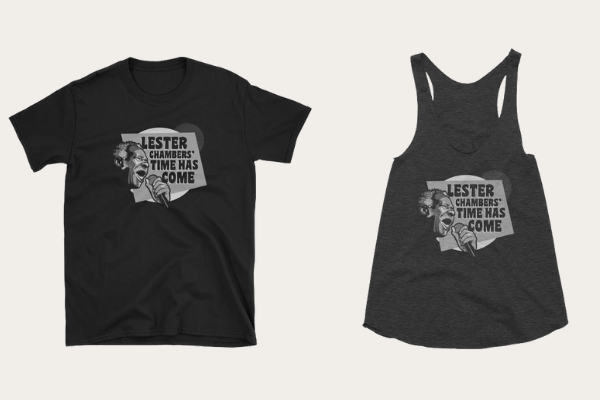 Shop Now
Check out Lester’s new website for updates:
www.lesterchambers.com
How To Help
To donate online click the DONATE NOW button above.

To donate by check:
Write check to:
Lester Chambers Fund at Sweet Relief