The sold-out festival is offering music lovers the chance to catch Saturday’s festivities featuring The Scott Sharrard Band, Reckoning, and The Electrix. Donations will benefit Sweet Relief and our mission to help musicians and music industry workers.
​
Get ready to jam out from home while also having the opportunity to donate to a good cause. Music and giving back are good for the soul!
RSVP

Go East, Aging Man
Starting Sunday, September 20th, The Yawpers lead singer/guitarist Nate Cook will start an incredible 700 mile journey from his hometown of Denver, CO to Tulsa, OK to raise awareness and funds for musicians that are struggling during this pandemic!

From the man himself-

That’s right y’all, despite being a total amateur who has only been in the saddle for a few short months, I’m riding my bike from Denver to Tulsa. I’m doing so to raise some money that will wind up in the pockets of artists, and the professionals who support them. Starting September 20th, it will be just me, two wheels, two legs, a SAG car, and ~680 miles of open road. It could take me 9 days (unlikely), it could take me two weeks (more likely), I could get hit by a car and never reach my destination (probable). You just never know.
I'll be providing updates along the way, so you can watch my suffering in real time. I'll be posting how my pitiful attempts at training have left me woefully unprepared for the task at hand. Watch as my smug simper turns to wistful whimper. I'll probably even cry. A bunch. All for a good cause!
I really hope to raise as much money as possible, but 10k seems like a good starting place. I hope you’ll consider donating to a great cause. Hopefully we can raise even more than the goal. Give whatever you want, but if you feel like doing this in a more structured, didactic way, here are some suggested donation levels: 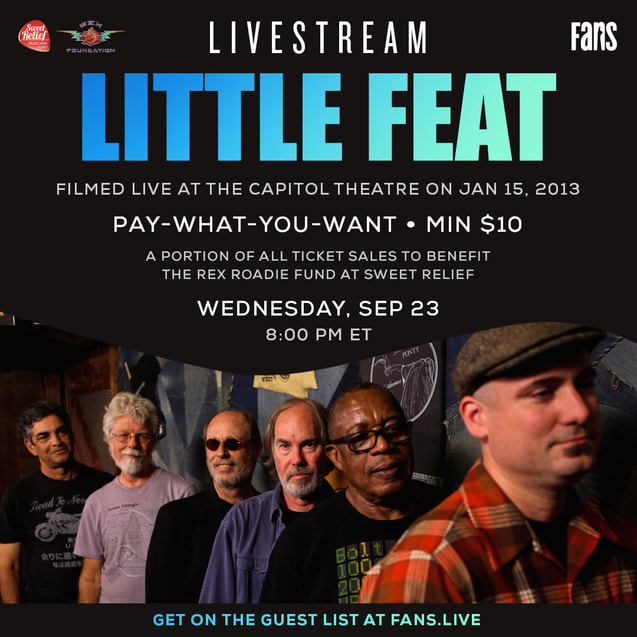 Little Feat Livestream
Classic rock veterans, Little Feat, are no strangers to The Capitol Theatre, having played countless shows over the years since the 1970s. On Wednesday, September 23, at 8PM ET, the band joins FANS to relive their January 15, 2013 show once again with a special Q&A featuring Bill Payne. Music lovers are encouraged to make a suggested minimum donation of $9.99 or more to enjoy the show.

The year of 2013 found the band during a transitional period between lineup changes, playing with a renewed sense of purpose. At this legendary show, fans will see and hear the band playing both well-known hits as well as newer material from the recently released album Rooster Rag. Rooster Rag, by critical consensus, is their best studio album in twenty years, featuring four songs co-written by Bill Payne and the Grateful Dead’s legendary lyricist Robert Hunter, four breakout songs by Fred Tackett, and a superb collaboration between Paul Barrere and the late Stephen Bruton.

A portion of the funds raised for this livestream will go to the Rex Foundation’s newly established Rex Roadie Fund powered by Sweet Relief, helping crew members, tour managers, stage managers, and all production crew who work behind the scenes. Contributions to this fund will help pay for such things as medical expenses, housing, food, and vital living expenses, like utilities, clothing, transportation, program services, and counseling.

Get your ticket now and we’ll see you In The Stream, only on FANS!
Tickets 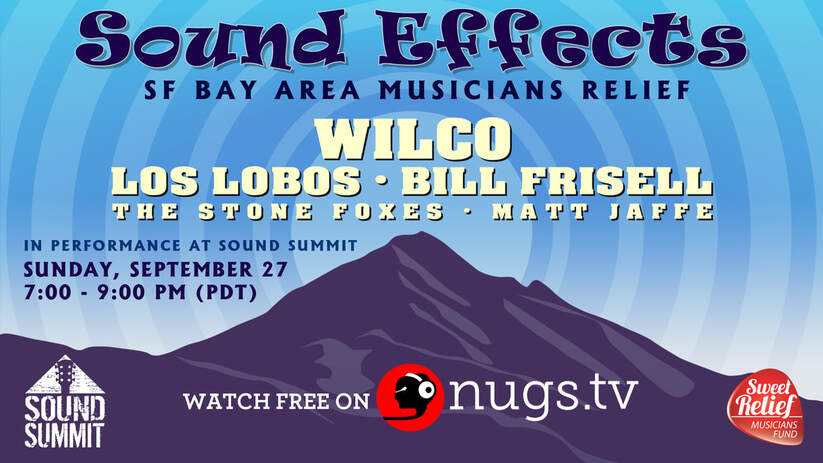 Sound Effects
Join us on Sunday, September 27th from 7:00 – 9:00 PM (PDT) for Sound Effects: SF Bay Area Musicians Relief, a mini-version of Sound Summit 2016, powered by nugs.net and featuring performances from Wilco, Los Lobos, Bill Frisell, The Stone Foxes and Matt Jaffe, all of whom have graciously allowed use of their performance footage for this endeavor. The stream is free to watch and 100% of all donations raised will go directly to Sweet Relief and our efforts to help musicians and music industry workers affected by the pandemic. We're so grateful to be the beneficiaries of this amazing event!

If you’re inspired to donate to the fund before the Sound Effects stream, you can do so at https://bit.ly/2Hacapo.

Viewing options will include Nugs.tv at 2nu.gs/SoundSummit and here on our Facebook page at
https://www.facebook.com/tamsoundsummit
Tune In

Since they first opened their doors way back in 1955, Waffle House has been a place to celebrate great food, great friends and great music, which is why TouchTunes Jukeboxes are in every one of their restaurants. And each year, they celebrate this music at the Tunies.

On November 15th, winning artists will be announced and presented with their awards, there will be live performances taking place, plus you'll get an exclusive premiere of this year’s latest Waffle House song!

VOTE NOW 🗳️ To vote for your favorite artist to win an award, head to your local Waffle House, open your Touchtunes app 📱 and simply play their songs. The results will be announced on the night!

DONATE 🎟️ To support Sweet Relief, all artists are donating exclusive performances for an online ‘After Show Party’ Benefit Concert. Book your ticket for a minimum donation of $3.00 (donate more if you wish) on stabal.com. As a thank you, you will receive a 75% discount voucher for any Online Concert on Stabal.com, 10 TouchTunes Jukebox credits and a waffle coupon from Waffle House! ​
Tune In

Road-less Series
The coronavirus pandemic -- with the wave of concert and festival cancellations left in its wake-- has particularly impacted the lives of independent musicians, most of whom rely upon touring for the majority of their income. While the collective music community has admirably rallied to raise millions of needed dollars for a variety of charitable causes, the organizers seek to help independent musicians earn critical revenues directly from their work.

The “Livestream Road-Less Series,” will provide all indie artists the opportunity to perform and monetize livestreams through a branded channel and experience on streaming platforms such as Twitch. Artists will get a free customized RoadNation.com page to sell unique experiences and merch like a virtual meet-and-greet, shoutout or instrument lesson.
Tune In 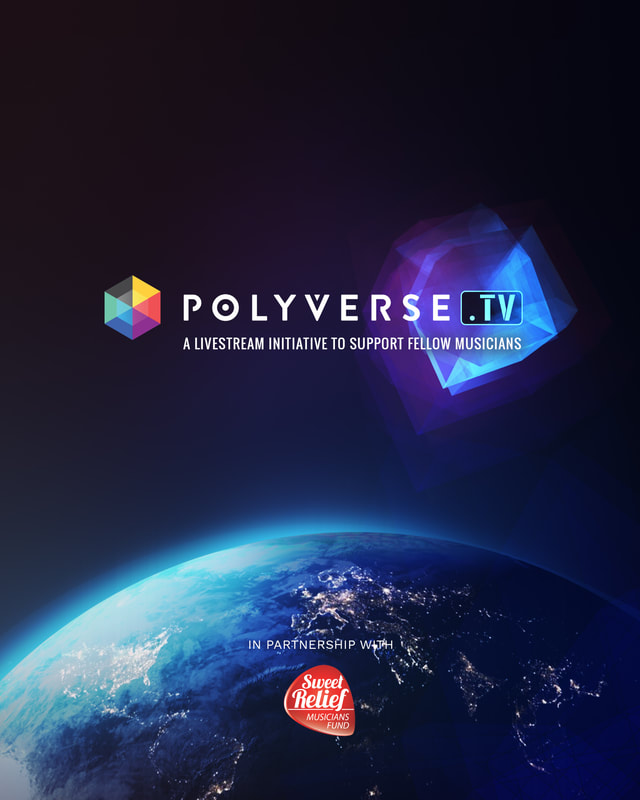 Polyverse.TV
Our partners at Polyverse Music have put together Polyverse.TV, a live stream-powered fundraising platform dedicated to helping fellow musicians get through the global COVID-19 crisis together. All donations are coordinated through Sweet Relief and go directly towards the featured performers and fellow musicians in need of financial support.

If you’re a musician that has been financially impacted by COVID-19, you can apply to play here www.polyverse.tv
Tune In
Support Us