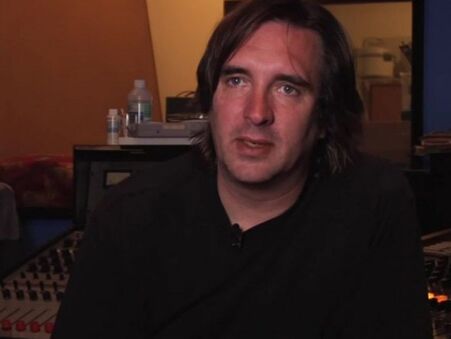 Mike McHugh was born in Newport Beach, CA in September of 1967. His grandfather gave him his first drum set at the early age of just 5 and it was soon after that he developed his passion for music. Mike was just 10 years old when he began dabbling in electronics, a passion equal or greater than music.

When he was just 18 years old he started the first version of his now famous Distillery Recording Studio. The first version was a former rehearsal/recording space that Mike acquired after it had closed. He started on a 4-track, recording mostly punk rock bands and renting out the practice space to artists when they needed it. Business was good and it was not long before he had upgraded to a one inch 8-track machine. After a five year run at this address, Mike took over Jeff Harrington’s studio, called Saturation, and re-named it The Distillery.

It was 1992 and the Distillery had just began what would become a 17 year run. No one is sure the number of bands that were actually recorded there, but the number could exceed a thousand. He was extremely passionate about the energy and sound that came out of his studio which was filled with the most amazing vintage recording equipment and instruments. His love for electronics grew into a full scale knowledge of how to repair old gear and modify it into a one of a kind noise maker. Mike even began his own microphone company in the early 2000s called Military Microphones, where he sampled designs similar to classic tube microphones and used US army ammunition boxes to house the power supplies for his own creations. He went on to make records with a variety of artists including The Black Lips, Train, Nick Waterhouse, Power Lunch, The Growlers, Allah Las, The Shrills, and Death Hymn number 9. Through the years Mike continued his drumming and played with several bands. He was able to break up his studio time with occasional tours with his longest running band F.H. Hill Company.
​
As the studio kept growing and staying busy, Mike began a custody battle for his daughter that put a lot of stress on his already busy schedule. He began to suffer from anxiety and depression during this time, and began to self-medicate in an attempt to cope with the mental illnesses. Soon after, the landlord of his studio decided it was time for Mike to leave and gave him just 24 hours to vacate the space. His equipment went into temporary storage, and at the same time he lost custody of his daughter. After a desperate and misguided attempt to regain custody,

Mike was arrested and put in jail for 6 months, and then into rehab for 6 more with 5 years of parole. After his release he finally went for a vital back surgery, but the operation left him in constant discomfort and pain. This operation was repeated, but again unsuccessful. Mike was unable to work due to his constant pain, and lived with his mother, while trying to manage his day-to-day pain. His mother passed away in 2017 and this left him homeless.

Today, Mike lives in his van and is trying to just keep afloat and out of pain. He barely makes ends meet and has been selling off his studio equipment over the last several years to buy food and pain management drugs. There is hope that a successful back surgery and some time in rehab can help Mike get his life back on track again. He has great desire for this, but just cannot seem to put the pieces back together on his own.

Please help Sweet Relief in our efforts to assist Mike by donating directly to the Mike McHugh Fund.
Donate Now
How To Help
To donate online click the DONATE NOW button above.

To donate by check:
Write check to:
Mike McHugh Fund at Sweet Relief