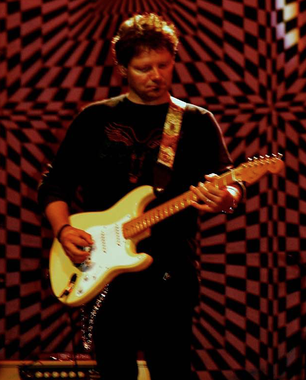 Paul Christian Gordon was born in Newport, R.I. in 1963, and enjoyed a long and varied career, playing with the New Radicals in the 1990s, and then playing both guitar and keyboards or working as a writer or producer with a long string of artists that included the B-52’s, Jennifer Nettles and Lisa Marie Presley. The Newport Buzz lists Natasha Bedingfield, Prince, Danielle Brisebois, Carly Smithson, Nona Hendryx, Brenda K. Starr, Chaka Kahn, Mandy Moore, Charles and Eddie, Noel, John Gregory, Eran DD, Wild Orchid, David Yazbek, Anna Wilson and more among his many credits.
​
Gordon was also a well-known composer for film and television, writing or co-writing more than 1,000 pieces of music various projects over the years. Among his compositions are the themes for Digimon and Wild Force Power Rangers, as well as contributions to a wide array of soundtracks. He had toured with the B-52’s from 2007 until the time of his death, and had also toured with Nettles.
Gordon is survived by his wife, Jennifer Lysak Gordon, and two sons 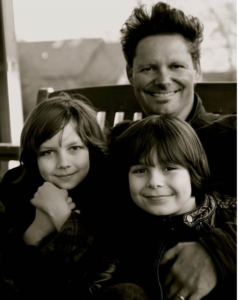 All For Paul – A Memorial Fundraiser for the Family of Paul Gordon at The Basement East in Nashville, TN. 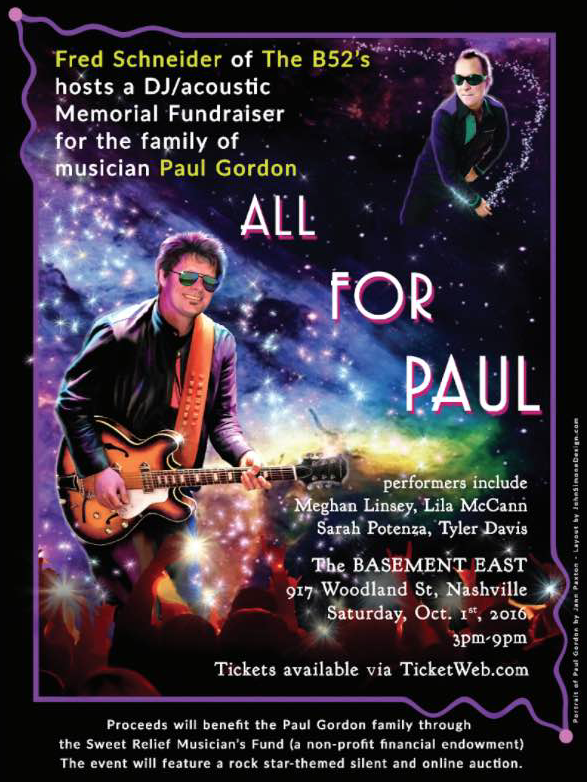 How To Help
To donate online click the DONATE NOW button above.