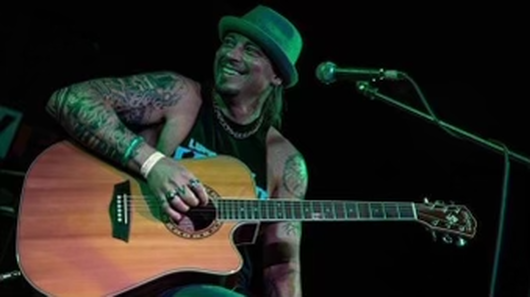 Paul Phillips is in dire need of immediate financial assistance.  His condition makes it difficult to write or play music, and because of his frequent and unpredictable seizures, Paul is unable to earn money touring.  His daily life has been upended; his driving privileges have been revoked (he can no longer ride his beloved Harley) and his independence has been taken away.  He cannot be alone, he suffers bouts of extreme depression, his short-term memory loss is worsening, and there is no cure for his condition at this time.  Paul has mounting medical bills and needs immediate assistance for vital living expenses such as food, utilities and housing.​

​Paul James Phillips (born June 26, 1975) is an American guitar player and songwriter, most famous for being a member of the band Puddle of Mudd from 2001-2005 and again from 2009 to 2011. He has also played in the bands Happy Hour, Operator, Society Red and Rev Theory. He was briefly a D.J. on The Fox 107.7, and had a guest appearance on the TV show Real Fear on Chiller. He also contributed original music and scored several sections of the 2012 film Nitro Circus: The Movie with Puddle of Mudd's former bassist, Damien Starkey. 2013 saw Phillips' debut as an actor in the horror short film “The Guy Knows Everything.” He is also interested in health and fitness and is an ISSA certified personal trainer.

​On November 16, 2019, Paul’s life was changed forever. On that day, Phillips arrived to the emergency room with complaints of altered mental status and possible seizures.  Sadly, in an effort to treat Paul for low sodium, his levels were raised too rapidly which resulted in him suffering Central Pontine Myelinolysis, which is a type of permanent brain damage.  Since being discharged, Paul has required numerous hospitalizations and admission to an inpatient neurological rehabilitation center.  He continues treatment under the close care of a neurologist, and while we are hopeful that he will improve, his current prognosis is not ideal.

Please help Paul in his time of need and thank you.  With proper treatment we hope that Paul’s disorder can be managed and he'll be able move closer to a “normal” life.
Donate Now
How To Help
To donate online click the DONATE NOW button above.

To donate by check:
Write check to:
Paul Phillips Fund at Sweet Relief